"With their second album, Cobra Cult bring oxygen to the music scene, delivering good old hard rock that never disappoints and engages the listener from the very first track. Cobra Cult is the type of band that i would like to see on stage soon, possibly in a sticky crowd, with a warm beer that i wouldn´t mind to spill because i am too busy enjoying the show".
Metal-Rules.com

"So if you need a dose of music every now and then that stimulates the lower body regions rather than the brain (Danko Jones, The Hives, Gluecifer & Co.), you can access this without hesitation. In any case, the soundtrack for the next barbecue party, whenever it takes place, is already fixed".
Metal Factory (CH)

"This is a real fast and furious rocking beast of an album with shreads and riffs by the bucket load that just leave you wanting more, awesome sophomore record from these cool cats from Sweden, get these guys on your playlist".
Jace Media (UK)

"The perfect soundtrack to consume various hoppy soft drinks at 25 degress in the sun, to let the fluff hang in the corner of your mouth and to celebrate the spirit of rock with a raised fist"
Zephyr´s Odem (DE)

"This sound, which is equally inspired by THE RAMONES, MOTÖRHEAD, BACKYARD BABIES and SOCIAL DISTORTION, is what the four-man, led by the roaring Johanna LIndhult, knows how to serve in a casual and hearty garage style and exudes the real compulsion to see this troupe live at the earliest possible opportunity".
Underground Empire (DE)

"Cobra Cult does not bother with anything and especially not the superfluous in it´s music; it fits well just as it should and each of the eight tracks is an invitation to shake the neck, raise your fist or stomp your foot on the ground: in short, it´s catchy and addicting!".
Soilchronicles (FR)

"Hopefully Cobra Cult will soon be able to return to the stage to recharge our lives with their exuberant energy. Until then, i´ll hit the repeat button and give it an earned one".
Soundmagnet

"... it is bizarre how much energy you can put in in such a short period of time. A great achievement!".
Rockportaal (NL)

" ... a headbanging without restraint, without limit, without any sign of decency ... the marks left, the lacerations, the wounds that remain are an authentic hymn to the wildest rock!".
Metalhead (IT)

"The eight songs fly by with a mid-tempo intensity that is stirring ... just heads-down, uncomplicated, three-chord metal done right ... All in all though, a very good debut".
7/10 - Powerplay Magazine (UK)

"The band´s first full length is a good rock compagnion who provides the listener with most of what is needed to make Saturday of a winter break Wednesday".
Slavestate Magazine (SWE)

" ... this kickass rock´n´roll band with a punk edge will rock you pretty hard. They´ve got a raw sound that fans of pure, unadulterated rock´n´roll will love".
Yesterdaze News (USA)

"Cobra Cult have definitly got the mix right in their brand of music which is why their following keeps growing. This is very well produced slice of music from a band on top of their  game. Definitly one everyone should own".
independent Music Showcase (UK) 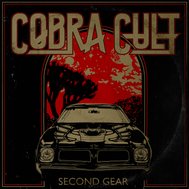