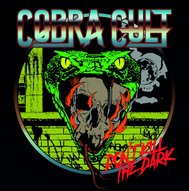 2022
December: On December the 9th, "Don´t Kill The Dark", album no 3 is released worldwide on all streaming platforms and CD, Vinyl thru GMR Music.

November: Single no 2 is released as a digital release and video. The song is the opening track of the album, "Late Night Adventure".

Oktober: The first singel of album no 3 is released both as digital release and a video. The song is the title track of the album, "Don´t Kill The Dark". Johan Wikforss also joins the band as the new official drummer after being stand in drummer since July.

February: The recordings of album number three begins at Studion Humbucker together with Robert Pehrsson.

May: Cobra Cult does their the first livestream gig from Bomber Bar in Motala, Sweden.

March: The new and second album "Second Gear" is released worldwide on March the 5th thru GMR Music. The album is available on CD and limited edition LP on gold or black vinyl.

2019
November: The single "My win - Your loss" is released on November the 13th. The song was recorded and mixed by Tomas Skogsberg at Sunlight studio and mastered by Sverker Widgren at Wing Studios.

August: Performs at both Malmöfestivalen and Backyard Rock (Kiruna).

November: On November the 6th, the self-titled debut album "Cobra Cult" was released. The album was recorded and mixed by Tomas Skogsberg at Sunligt studio and mastered by Joel Grind of Toxic Holocaust.
May: On May the 25th, the band performs at Körpehölsfestivalen in Uddevalla.

2017
November: On November the 10th, Cobra Cult does the first gig abroad at the Bremer Metal Festival in Bremen, Germany.
Autumn: Magnus Palm (The Stickshifters) joined the band as the new guitarplayer.
February: The band entered Sunlight studio for the first time to record the 4-track EP "The Sunlight tapes" with legend Tomas Skogsberg.

2016
August: On August the 27th Cobra Cult did the first ever gig at Mangefestivalen.
Spring: The band records the first two songs "Forever faster" and "Die!" with Linus Nirbrant (This Ending, A Canarous Quintet) at Audiogrind Studios. 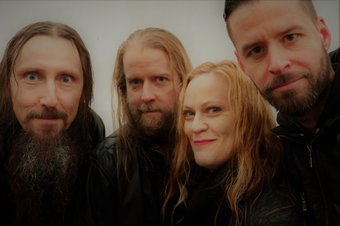