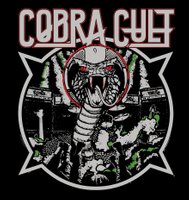 The first two reviews of our debut album have been posted. And they are good.

Independent Music Showcase (UK) rates the album 9/10 with the words: "Cobra Cult have definitly got the mix right in their brand of music which is why their following keeps growing. This is a very well produced slice of music from a band at the top of their game. Definitly one everyone should own".

Slavestate Magazine (SWE) rates the album 3/5 and say; "The band´s first full length is a good rock compagnion who provides the listener with most of what is needed to make Saturday of a winter break Wednesday".

As of Januari 2019, Anders Martinsgård is the new lead guitarplayer of Cobra Cult. Anders is also active in Black Solstice and for over ten years he was one of the driving forces behind Ponamero Sundown. Anders will do his live debut at the Dirty Deeds gig on March the 30th.

The first gig of 2019 has been confirmed. On Saturday, March the 30th, we´ll hit the stage at Dirty Deeds Rock Club in Gothenburg. More dates to be announced soon.

The second video to be released from our debut album is "Let your hair down". The video was released on December the 19th.

On November the 6th, 2018, our self-titled debut album was released. The album is recorded and mixed by Tomas Skogsberg at Sunlight studio and mastered by Joel Grind of Toxic Holocaust. The artwork is done by Erik Rovanpera (see image below). You´ll find the album at all the usual digital platforms (Spotify, YouTube, Itunes etc). Physical versions may be released later on.

The first video from our debut album is the song "In the zone (again)" and the video is found at our You-Tube channel and at the link below. 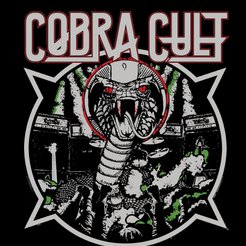